Dr. Haruhisa Handa (a.k.a. Toshu Fukami) was born in 1951. He attended Doshisha University where he received a degree in economics. He then went on to study with the Master Class at Musashino Academia Musicae where he graduated with a major in vocal music. He earned a masters degree in creative arts from WAAPA (West Australian Academy of Performing Arts) at Edith Cowan University, West Australia, as well as a Ph.D. in Literature from the Academy of Arts & Design at Tsinghua University. 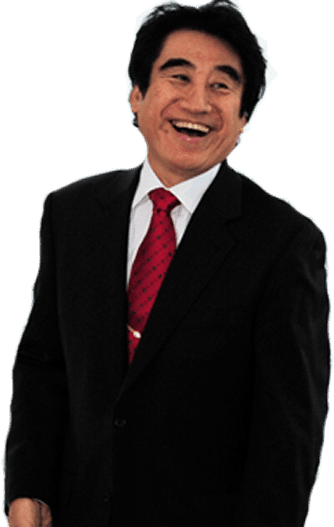 In Cambodia, Dr. Handa was conferred the title of Commander of the Royal Order of Sahametrei. He is also a recipient of the Medal with Dark Blue Ribbon of Japan. He won the Honorary Award of Contribution towards the Chinese Choral Enterprise, he has received a distinguished service medal from the State of Western Australia, as well as the keys to the City of Perth and the City of Swan. He is an Honorary Citizen of Melbourne, the Honorary Consul of the Kingdom of Cambodia in Fukuoka, Japan, and the Vice President of the Royal National Institute for the Blind.

Dr. Handa has founded and supports numerous not-for-profit organizations in Japan and internationally, and is committed to developing many other humanitarian and cultural programs. He serves as the Managing Director of B.C. Consulting Ltd and manages more than a dozen companies in Japan, Australia, and the United Kingdom. He is also an active author and has written more than 220 books that have been translated into seven languages. Some of the best sellers include “Secrets for running a Small Business”, “Understanding Japan” and “Lucky Fortune” – of which more than a million copies have been sold.

About The Handa Foundation

For the past 20 years Dr. Haruhisa Handa, through various organizations that he leads, has been generously supporting the development of Cambodia and it’s recovery from decades of war. This support has included the formation and development of the University of Cambodia, the Sihanouk Hospital Center of HOPE, the South East Asia Television Station, various programs of the Cambodian Red Cross, and several other important initiatives.

In 2012 Dr. Haruhisa Handa founded a new International NGO called The Handa Foundation, which has been registered in the United States, the United Kingdom and the Kingdom of Cambodia. It is a non-religious, non-political, not-for-profit organization with the mission of building hospitals and schools in various countries of Southeast Asia. It receives funding from various individuals and organizations and is driven by Dr. Handa’s visionary leadership.

The Handa Foundation supports the Handa Medical Center, the World Mate Emergency Hospital, the Handa Academy, and the Handa Model Farm in Cambodia, the Handa Nursing School in Laos, the Handa Global Scholars Program at the London School of Hygiene and Tropical Medicine, as well as other events and initiatives. Current events from the activities of The Handa Foundation can be found on the Facebook account located at www.facebook.com/TheHandaFoundation. Programs of